Welcome to the age of the (artificially) intelligent office. 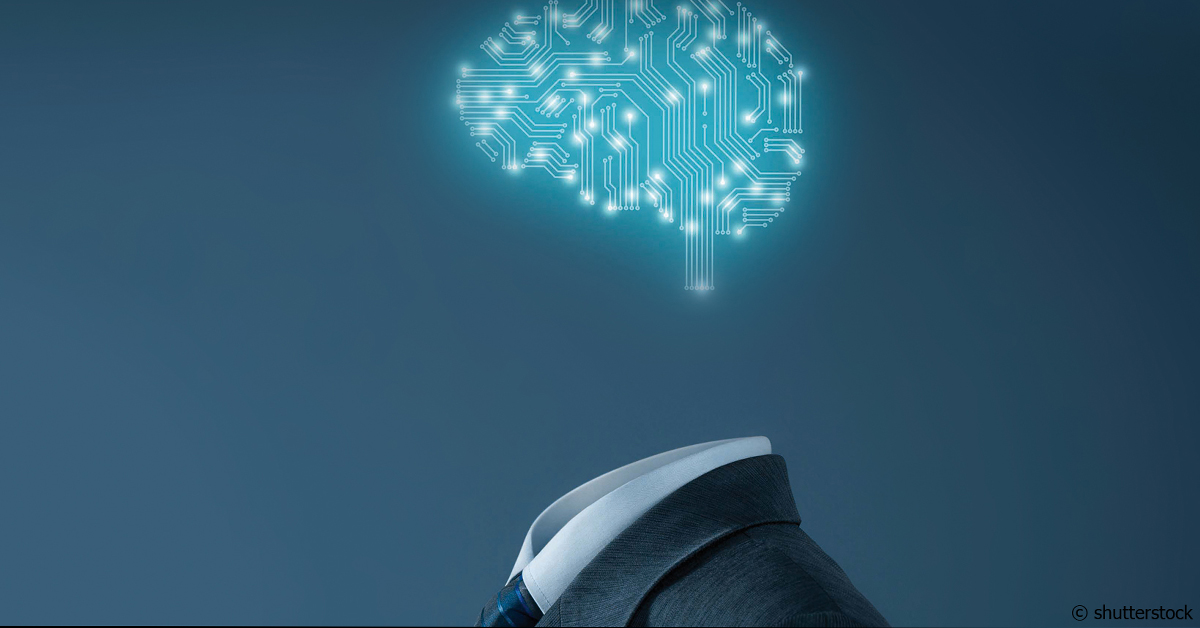 Artificial intelligence has long since found its way into the office day-to-day. But watch out: Experts give rise to concerns that we must not neglect our classic human abilities such as touch, communication and emotional competence during the increasing digitisation. One requires the other. At the end we ask ourselves: What effect does everything have on the design of our workspaces?

“How can I help?”, asks Robert. “Alright. I will show you the detailed plan for pillar 5.3 in the second basement garage.” The plan is barely open, and it transpires that the galvanised steel vehicle bumper buffer device has been produced incorrectly and correspondingly installed incorrectly. “I am sending the fault pictures that were just produced with your digital signature directly to the construction office. Should I order a replacement part? Alright. I am ordering a replacement bumper buffer device component for pillar 5.3 in the second basement garage. Delivery in ten working days. Can I do anything else for you?”

Robert wears turquoise overalls and an orange construction helmet on his head. He also has an irresistible smile like in a toothpaste advert and a pleasant, sympathetic-sounding voice like an audiobook. “Robert is our latest development for simplifying production, assembly and service processes on the construction site,” says Benjamin Schwärzler, Managing Director of Vienna-based company Tablet Solutions, as well as founder and inventor of the digital construction site assistant WorkHeld, which is already relied upon by companies such as Siemens, Daimler and Austrian cable car manufacturer Doppelmayr. With Robert, workers on the construction site don’t have to type and the reporting and remedy of faults can now be achieved much more quickly and efficiently than before. It means that we can avoid massive friction losses in communication and in construction site operation.” Aside from fault management, the WorkHeld areas of application cover material and system management, construction site logistics, appliance service, time and expenses recording as well as any form of automatic reports from structure construction and facility management. Thanks to artificial intelligence, the app is capable of independent learning, according to the manufacturer. So, the question inevitably presents itself: Will Robert have one day replaced humans?

Experts are expecting the use of artificial intelligence (AI) to result in around 48 billion Euro of additional production and around 38 billion Euro of additional added value by 2025 in Austria alone. “Visibility and connectivity are the key characteristics of a smart factory,” says Roland Sommer, Managing Director of the Industry 4.0 platform, founded in 2015, which has set the goal of making the best use of the new technological developments and innovations in digitisation and shaping the transition for society at large in a socially sustainable manner. “The employees have access to schedules, quality data, stock statuses and demand alterations at all times. The individual departments of the company can be connected with each other electronically to collaborate and increase productivity and efficiency.”

The biggest changes are to be expected in manufacturing industries, in the TMT sector (technologies, media, telecommunication) as well as in fintech. Today, a large proportion of investment advice has already been taken over by robo advisors, meaning by algorithms which calculate the best form of investment for the end customer regarding duration, investment amount and readiness to assume risk, and automatically trigger the corresponding investments. Similar behaviour is seen for complex legal cases, job application processes or online customer service, for example. Online retailer Zalando have saved themselves the cost of 250 marketing specialists and replaced them with algorithms. And while China Merchants Bank used to employ around 7,000 workers to take care of customer enquiries, one single robot now handles up to two million communication cases per day automatically.

IT programmes entered our working day a long time ago, such as Datev (software cloud for tax consultants, auditors and solicitors), Ross (assistance system for court judgements), Amelia (Q&A in customer service), Xander (emotion recognition for people) and even Cogito, which is programmed to study human behaviour, assess emotions and indicate to employees in call centres when they are becoming impatient or unfriendly. Apple’s Siri, Amazon’s Alexa and Google’s Home will be able to give you a proper telling-off in future. Very spooky.

An OECD study published in 2018 reaches the conclusion that in developed countries, every second job will be significantly affected by automation. From today’s perspective, 14 percent of all jobs will supposedly be “highly automatable” and therefore at particular risk. In the USA, the proportion is said to be even higher, according to a detailed study by economist Carl Benedikt Frey and computer scientist Michael Osborne. A tool also developed by the OECD now helps employees to forecast the effects on their own job. An initial self-test reveals the gravest of future scenarios for copywriters and journalists. Thanks, future!

“The development cannot be stopped, but for the sharing of functions between man and machine to work well, careful support is required,” explains Christian Blind. For quite a while now, the Salzburg-based work psychologist has been working with computer-assisted intellectual work (in German: rechnergestützte geistige Arbeit or RGA) and its effects on everyday office work. “You cannot just slap an Alexa down in front of an employee and wait to see what happens. When implementing human-centred technologies, we must use tools which allow a gradual appropriation of innovations in a way which is transparent and comfortable for the person.” Some standards such as ISO 14915 and DIN EN ISO 13407 should standardise usability engineering and the user-friendliness of new software. “Because,” says Blind, “at the beginning, most people do not know all the things that they do not know.”

In the end, the question is: What effects does AI actually have on the physical form of our workspaces? In Switzerland, this is precisely the question which students at colleges and universities are confronted with intensively in their syllabus today. “If we don’t raise awareness, the topic can tip over into fear and rejection,” says Sibylla Amstutz, Professor of Technology and Architecture and head of the Architecture and Interior Architecture research group at Lucerne University of Applied Sciences and Arts. “This is why we are trying to educate our students in such a way that they can integrate the new technologies naturally into their expertise. We are researching in an application-oriented manner and advise companies in change management processes and implementing Scrum, new technologies and artificial intelligence.”

The most important finding from our joint workshops: “Within the context of increasing digitisation, there is a longing for physical, haptic, perceptible and emotionally moving spaces ­– and this is a clear countertendency to the digital, artificial and virtual developments,” says Amstutz. “The individual workspace, as we know it, is being forced more and more into the background. Even classic meeting rooms with a clean-desk policy will lose their importance in the future. Instead, new collective and communication spaces will come into existence where, like with Scrum, usual creative, project-related traces can be left on the tables, on the walls, in the rooms. It is a question of places of interpersonal encounter – with all the emotional and physical presence.”

The professor has a nice anecdote at down pat: In the earliest projects which she supported in the course of a digital change, the young colleagues tended to want brighter colours, more natural materials and a generally cosier work setting than the predominantly older colleagues who had been with the company for a longer time but had fewer points of contact with new technologies. “In one of our projects, there was even a small team of very young people who walked through the office each day and tended to the plants together. This gives us hope in the event of artificial intelligence, doesn’t it?”

Setting the stage for synergy. 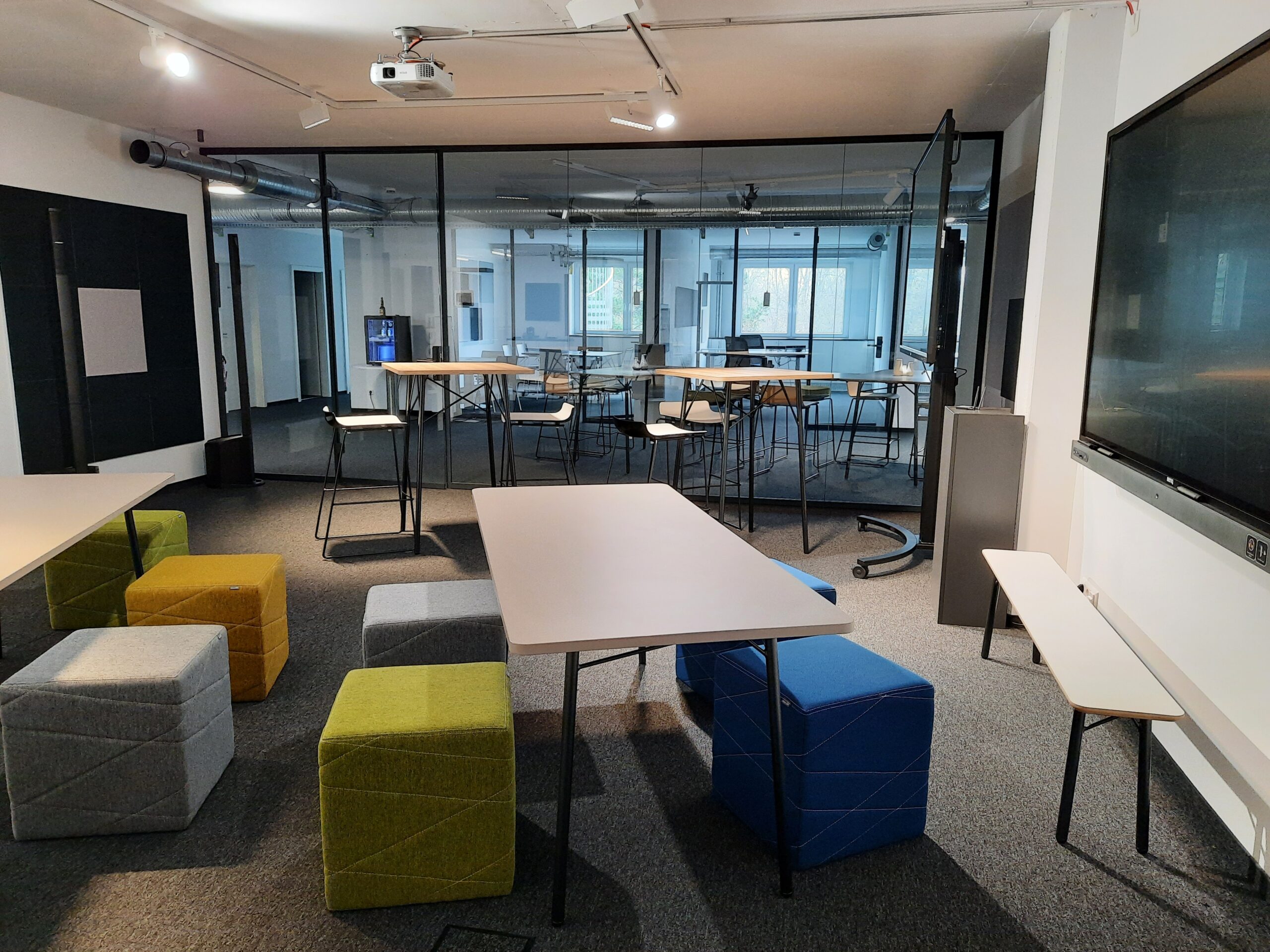